URGENT 911 Tech System ECTP Criminal Investigation Needed!
NYPD Coerced me to drop charges or go to jail with a hole in my retina Saturday arrest for Dr Fagelman's savagely violent lying receptionist Delita Hooks' running punch to my eye grabbing my hair trying to drag me down the hall by my hair damaging my neck not fired or arrested I agreed to false arrest Oct 16 immediate than Det John Vergona changed my false arrest date to Saturday oct. 20, 2012 4PM Internal Affairs let him and his supervisor retire! Turns out corrupt Det John Vergona of 01 Det Squad is facebook friends with NYPD PO Gene Schatz -- the first cop I reported to internal affairs for his illegal use of sirens and his car -- all on behalf of The Mercer Hotel! Schatz and Vergona are also facebook friends with Det Andy Dwyer -- Delita Hooks corrupt Detective as well as Det Tommy Moran and possible other NYPD detectives involved in a series of crimes from Dr Andrew Fagelman's to the First Precinct all protected by corrupt Internal Affairs.

David Seifman's exclusive & it is damming for Bloomberg call the FBI! by Suzannah B. Troy


Mike Bloomberg the king of policing emails and the internet of both his public empire NYC gov and his private empire will not give up his 62 emails to Haggerty? 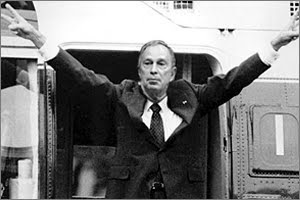 The bottom line is Haggerty is Bloomberg's Watergate and we need the FBI investigating and the Justice Department not the Manhattan DA which king Mike holds the purse strings to.  Besides being told that Vance owes Mark Guma money from his campaign and Guma is married to Keaney who worked with Haggerty for Bloomberg -- 1 degree of separation -- Bloomberg with holding info is like Steve Rattner pleading the 5th more times than king Mike has been mayor which may lead the S.E.C to banning Rattner for 3 years -- their with holding info is DAMMING!!!!!  Bloomberg like Rattner his money manger believes he is Teflon and both have no respect for limits re: term limits or conflicts of interest and greed involving pension funds here in NY and I am told New Mexico and CA.  We need a higher authority and court for this to play out and I believe based on my own experience of non-stop harassment on the computer, pre and post the election on going by a man called Bloombergforlife, MikeisInnocent, Hoochee, a man that stole than city council member Tony Avella's identity, not a member of YouTube, that there is a lot more Bloomberg and his campaign people have to hide.  Note: We the tax payers are paying an estimated $2 million for Bloombergberg's campaign staff to work at City Hall.  Bloomberg insists we pay 6 figure salaries.  Why are they there and on the pay roll?  This all stinks and Bloomberg has been less than forth coming on investments that Rattner has made for him in the Caymen Islands. What will Bloomberg do with all the money Rattner is in charge of if the SEC bans him and why won't Bloomberg come forward and reveal the emails?  Why is Bloomberg less than transparent when it comes to his investments and his emails?

Thanks for True News for the artwork "Bloomberg Nixon".
http://truenewsfromchangenyc.blogspot.com/2010/09/steve-rattner-pension-rat-rats-on-white.html
Posted by Suzannah B. Troy artist at 3:09 PM No comments:

Suzannah B. Troy artist
Passionate letters published in The Financial Times re: Lucien Freud, my art and women's issues, The Wall St. Journal"Betrayal at Ground Zero", The Chief, The New York Times (9),Crains "NYU's Logo should be a dorm with a dollar", The New York Sun, The New York Post, The New York Daily News, Metro, AMNY, The Village Voice "Carbon Copy" letter of the week, Newsday, Jerusalem Post, my blog mentioned New York Mag Intelligencer neighborhood watch. Got speed bumps for Anna Silver School & doors for women's bathroom Tompkins. Donated my white blood cells twice to help a little girl fight Non-Hodgkins & man w/Lymphoma. Two hour process & you can only do it 12 x in your life. Too worn out to donate now. Way back Liz Smith mentioned me & my favorite zen quote "Live each moment as if your hair is on fire." which means live in the moment like it is your last aka live life passionately! I am really proud to say I have run 2 New York City Marathons!!! Also to have done volunteer work with pre-school handicap children at Rusk. NYTimes My YouTube work 1) Giuseppi Logan’s Second Chance 2)Mysterious Mr. Rechnitz